The AFED Chairman addressed the community members after Milad un Nabii function at the Imambargha, he felicitated members on the grand occasion of the Birth Anniversay of the Holy Prophet (S.A.W.W.) and the 6thHoly Imam (A.S.) and also briefed members on the progress of the project. 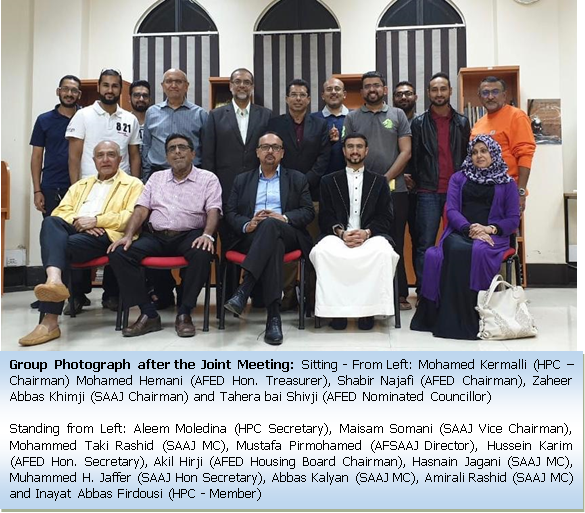 On Sunday 25th November buyers, interested buyers and community members were invited to view the building. One flat with most of interior works completed was presented as a showcase flat for the buyers to get first hand idea of how the flats will be when the project is completed.

The delegation was pleased to see the good progress on the construction works of the Housing Project where the first block is expected to be ready for occupation by mid-January 2019 and second phase by end of April 2019 and the project will inshallah be handed over to the buyers in May 2019.

The Africa Federation and Nairobi Jamaat commended the Housing Project Committee on the progress achieved in the past few months under the able guidance of Alhaj Mohamed Bandali and Alhaj Mohamed Kermalli, HPC Chairman who has been on the committee since the beginning of the Project. Their dedication and support for the project were appreciated.  The prospective buyers expressed a similar satisfaction on the pace and the quality of the ongoing work. 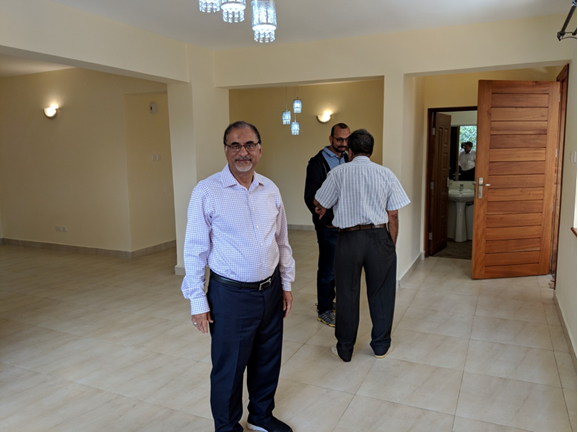 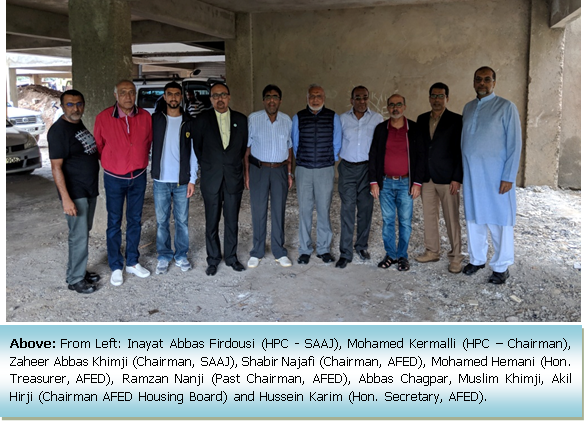 Those interested to purchase a flat may contact the Nairobi Housing Project Committee (HPC) for the application form and other details through their Email address hpc@saaj.co.ke

The Secretariat records its appreciation to SAAJ, the Housing Project Committee and Br. Mohamed Bandali for their tireless efforts and dedication towards the Project, without which the progress reached so far, would not have been achieved.

admin - April 11, 2019
0
The Chairman of the Federation of the Khoja Shia Ithna-Asheri Jamaats of Africa (AFED), Alhaj Shabir Najafi, the Vice Chairman Alhaj Aunali Khalfan, the...