The Federation of Khoja Shia Ithna-Asheri Jamaats of Africa strongly condemns the criminal and cowardly attack committed by the Taliban terrorists group killing innocent students and teachers at the Army Public school in Peshawar, in north-west Pakistan on Tuesday, 16th December, 2014.

We join the World Federation and other communities worldwide in condemning this heinous and gruesome violence resulting in the massacre of 142, mostly children and injuring over 100 people in the attack.

We extend our heartfelt condolences to the parents and to all those who lost their loved ones in this terrible tragedy. 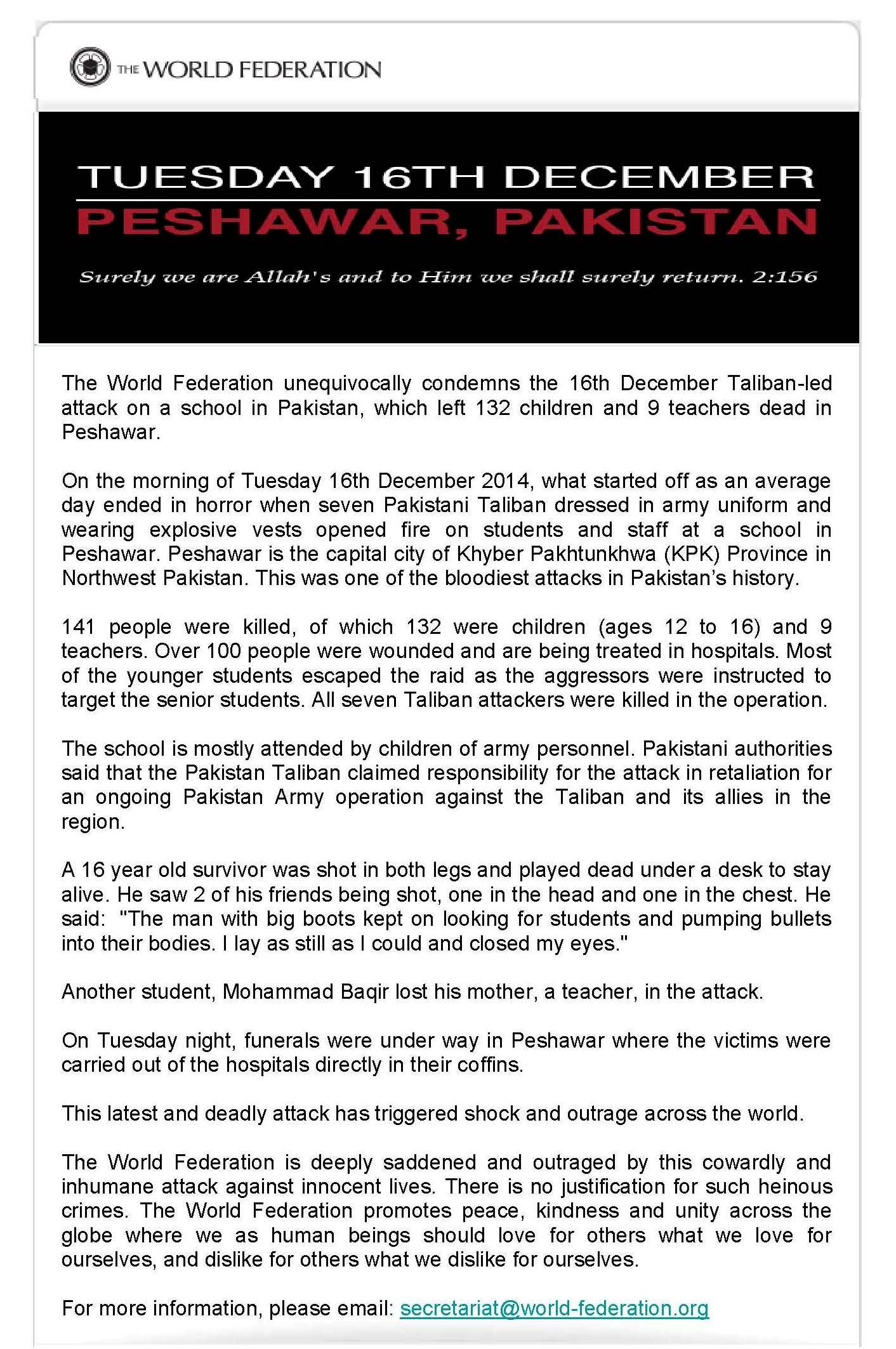 admin - April 10, 2019
0
CIRCULAR NO: JMT/109/11 We are pleased to inform all our Jamaats in Africa and the Regional Council of Madagascar that the 4th AFED Ladies Sports...