It is with deep sorrow and grief that the Africa Federation received the sad news of the passing away of Alhaj Hussein Rashid in Nairobi on Wednesday 14th January 2015. 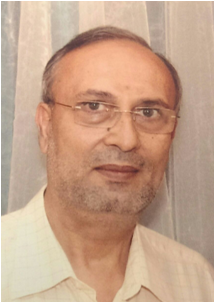 Marhum was a passionate and keen social worker with great interest in Education; he contributed immensely towards the development of the education field within the Community.  He was the Vice Chairman of Nairobi Jamaat Jaffery Academy until the time of his death.

Marhum is survived by his wife and three sons.

Alhaj Anwarali Dharamsi, Chairman of the Africa Federation in his message of condolence to the family wrote: –

“Hussein bhai was a dedicated and kind hearted social worker who always had the Community’s welfare at heart.  He served in the various positions in the Community with zeal and devotion and his death has left a big vacuum which will be difficult to fill.

On behalf of my colleagues and myself, I am writing this letter to express our deep sympathies to you, and all the members of the family on this bereavement, which has fallen upon you”.

We pray to Allah (SWT) to grant Marhum maghferat and rest his soul amongst the infallibles – Charharda Masumeen (A.S.) and grant his family solace to bear this great loss.

Please let us remember Marhum in our prayers and let us recite Sura-e-Fateha to bless his soul.

admin - April 10, 2019
0
CIRCULAR NO: JMT/208/13 AGENDA Appended below is the Agenda for the 25th Triennial Conference of the Federation of Khoja Shia Ithna-Asheri Jamaats of Africa which will...