For the third consecutive year, the Ithnasheri Union (IU) under the auspices of KSIJ Dar es Salaam organized a Charity Walk to celebrate the AFED Solidarity Day 2017.  This event is held every year to celebrate the birth anniversary of our 12th Imam Al Hujjah (ATFS) by raising funds for the underprivileged who are supported by the Africa Federation.

The Start Off ceremony commenced with the recitation of some verses of the Holy Quran followed by an inspirational talk by Sayyid Adeel Raza.  Thereafter the dignitaries lighted the Solidarity Torch and performed the ribbon cutting ceremony to mark the start of the walk.  The walk attracted about 300 participants, both young and old.

Unfortunately, during the walk, we lost our staunch supporter of all Africa Federation events, Alhaj Akber Mohamedali Habib.  Marhum always took part in the Solidarity Walk since its inception.  He really looked forward to this walk and left this world walking for a good cause.  We pray to the Almighty to grant him an elevated status in Jannah, Ameen.
The closing ceremony was held in the Imambargah after Maghribaen salah where all the participants gathered.  Beautiful recitation of the verses of the Holy Quran was followed by addresses from the President of Dar es Salaam Jamaat Alhaj Azim Dewji and Vice Chairman of AFED Alhaj Aunali Khalfan acknowledging their appreciation and gratitude to the participants and the Ithnaasheri Union for the organization of yet another successful Solidarity Day Charity Walk.

Thereafter, the sponsors of the event were acknowledged and presented with a token of appreciation.  Awards were presented to the oldest and youngest participant to acknowledge and motivate other participants.  The program culminated with a scrumptious dinner.

Below are some photographs of the event. 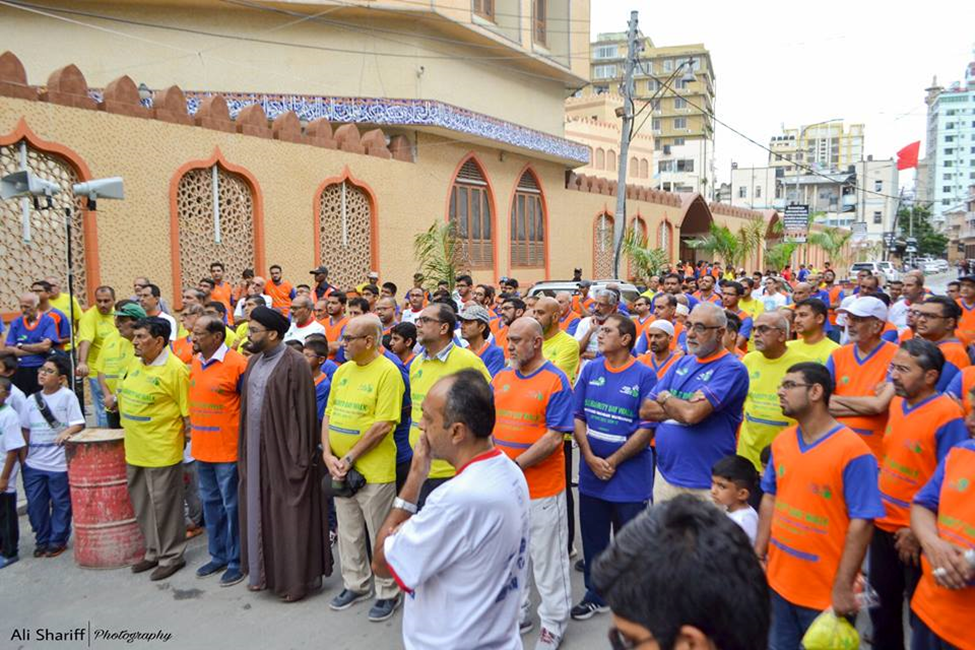 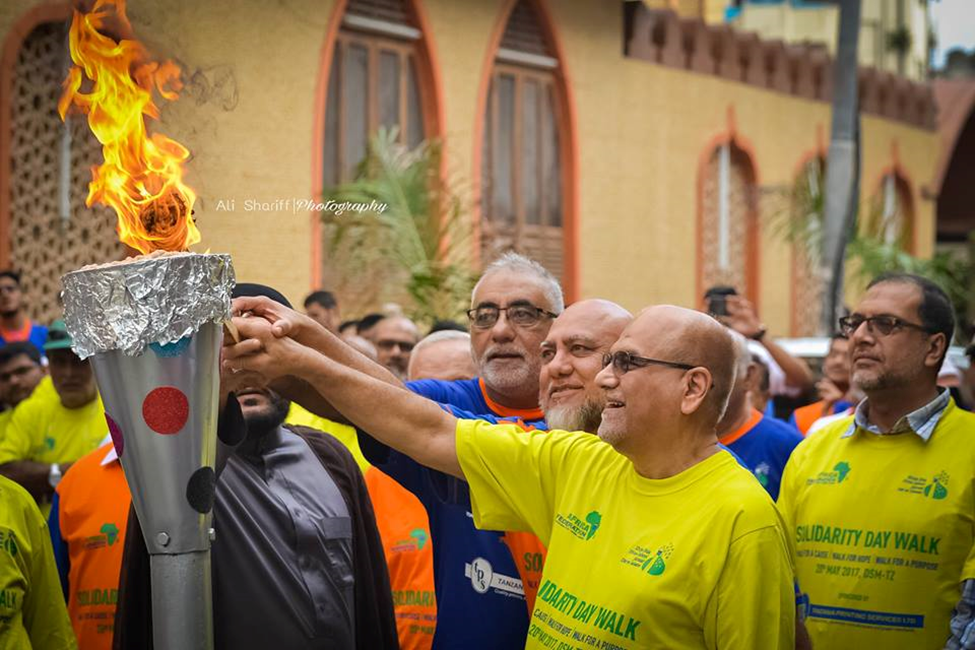 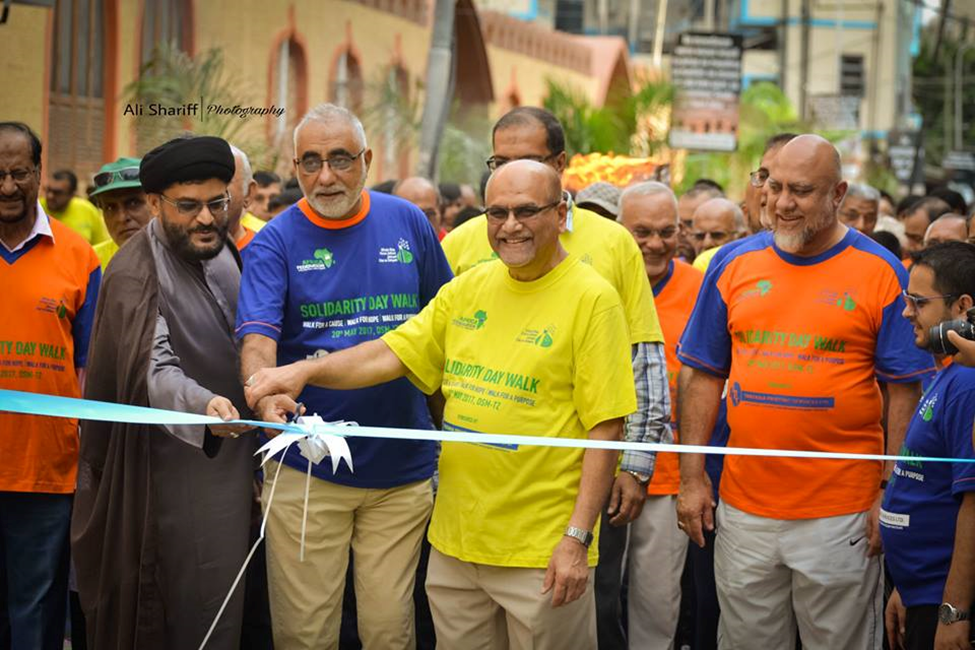 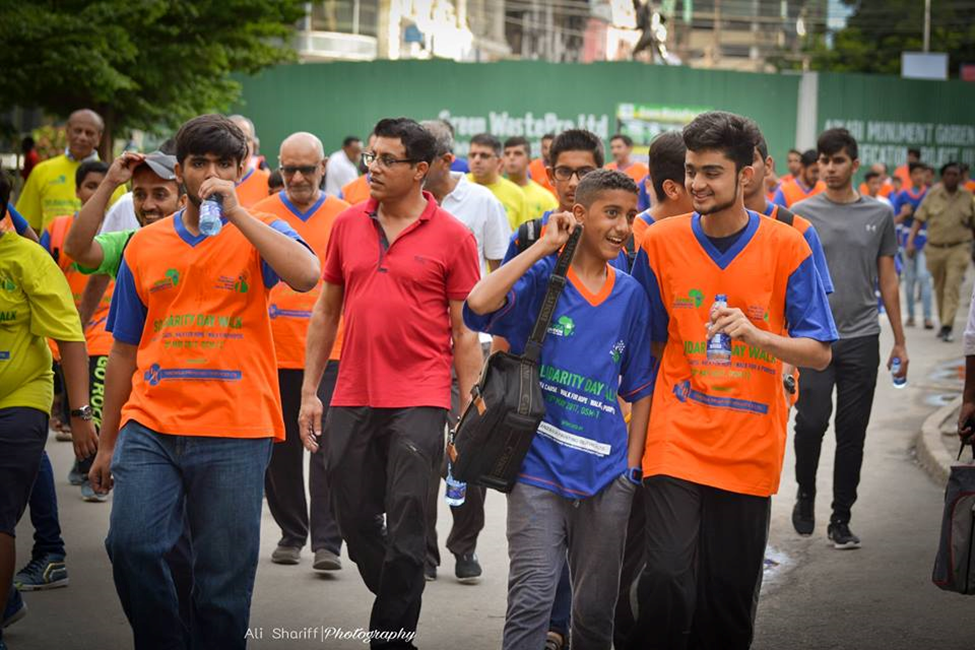 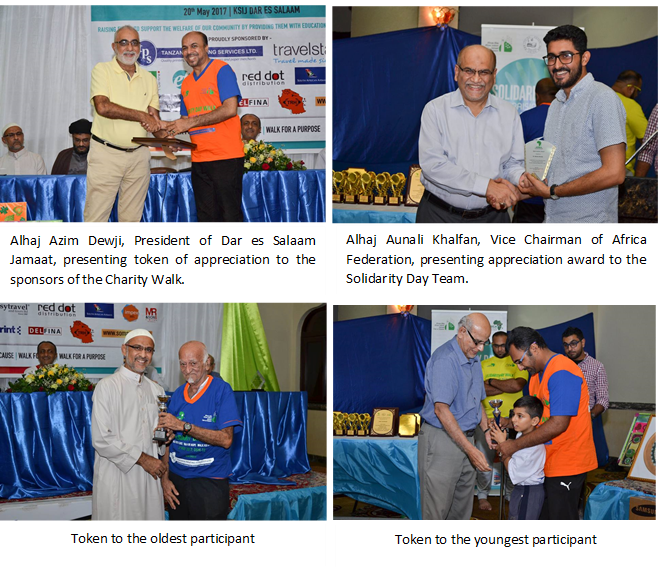 admin - April 10, 2019
0
The Mahdi Series The annual Africa Federation Solidarity Day marked on 15thSha’ban every year is aimed towards celebrating the birth anniversary of the 12th Holy Imam...