Following the announcement by the AFED Electoral Commissioner, Alhaj Gulamabbas Khaku, vide his letter Ref: AFED/EC 19 – 22/004/19 of 28th January 2019, the AFED Secretariat is pleased to inform the Community members of the re-election of Alhaj Shabir Najafi as the Chairman of the Federation of KSI Jamaats of Africa unopposed for a second consecutive term of three years, 2019 – 2022. 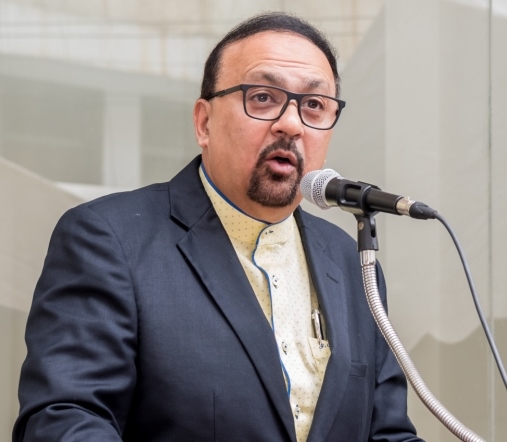 His experience covers wider spectrum regionally and globally, having been the World Federation Executive Councillor for many years; Shabir Bhai’s commitment in the affairs of our Institutions and the Community is significant.

Alhaj Shabir bhai Najafi has been nominated for this position by the following Jamaats:

On behalf of the Member Jamaats in Africa, my fellow Office Bearers and the Trustees, we congratulate Alhaj Shabir bhai on his re-election and wish him success in his endeavors to serve and take the Community to greater heights of development and success, Ameen.

admin - April 10, 2019
0
CIRCULAR NO: AF/41/16 The Secretariat is pleased to announce the appointment of Sheikh Haniphe Akbaraly as the Vice Chairman of the Africa Federation from Conseil Regional...