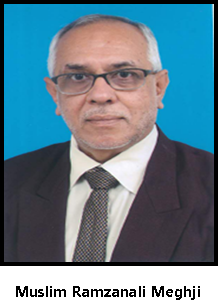 The Chairman of Africa Federation, Alhaj Shabir Najafi is pleased to appoint Alhaj Muslim Ramzanali Meghji as Chairman of the Bilal Muslim Mission of Tanzania for the term 2016 – 2019.

Muslim bhai was born in Kigoma, where he completed his primary education and moved to Mwanza for his Secondary Education.  He pursued his “A” Levels and further studies in U.K.

Muslim bhai resides in Dar es Salaam, he is married with four children.

Muslim bhai is a successful businessman in the Hotel Industry since the year 2000, before which he was involved in Wholesale Trading in Sundries.

He has served in various position of Dar-es-Salaam Jamaat as below:

The Secretariat of the Africa Federation extends its congratulations and best wishes to Alhaj Muslim Meghji on his appointment and we pray for his good health, tawfeeqat and success in serving the Mission and in delivering to the Mission’s Vision and Goals.

admin - April 10, 2019
0
CIRCULAR NO: JMT/74/17 The Organizing Committee of the 79th Supreme Council Session of the Federation of KSI Jamaats of Africa has made arrangements for the accommodation...