The Africa Federation Tabligh Board Chairman has appointed Br. Mubashir Sheriff as the Vice Chairman of the Board following the migration by Br. Zishan Somji to Iran to pursue further Islamic Education. 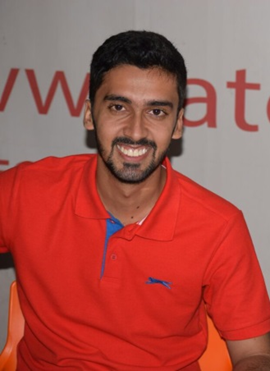 Mubashir is a student completing his final year degree in Dental Surgery at Muhimbili University of Health and Allied Sciences and is also the current Chairman of the National and International Affairs of the Tanzania Dental Students Association.

Brought up in Arusha, his initial experience in the community consisted of various endeavours including the Youth Development Committee, KSIJ Arusha Madrasah, and being an avid member of the Kilimeru Sports Club.

Following his move to Dar es Salaam to pursue his post-secondary education, Mubashir continued his support and involvement in the community, beginning as a Development Society member and growing to become a Patron of the Students Council. He then moved on to work on many projects under the Africa Federation Tabligh Board and Project North Star under World Federation.

His passion for serving the community stems from and is accredited to his lineage of Sheriff Dewji and Abdulrasul Datoo.

The Chairman of Africa Federation and his office bearers extend their heartiest congratulations to Br. Mubashir Sheriff on his appointment and wish him a successful and productive term.