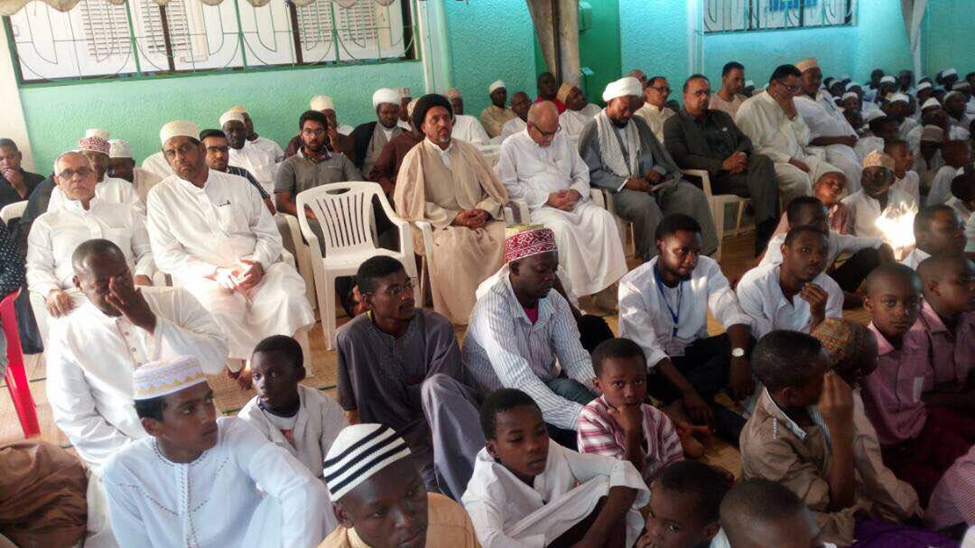 Along with BCS and Hawzatul Bilal, there were 9 other participating institutions from all over the city.  There was a buzz in the school campus from as early as 9.00 am, everyone was excited and geared.

Participants were categorized into different groups according to the number of chapters of the Quran they had memorized. It was heart-warming to see 10 year olds having memorized upto 20 chapters of the Quran. Also, another group took part in memorizing verses of the Quran that refer directly to the Ahlul Bayt – this is known as Fadhilah Verses. The students also paid tribute to the personality of Imam Hassan (as) in form of ‘Ngojera’, a play and a short and beautiful message by Sheikh Musabbah. 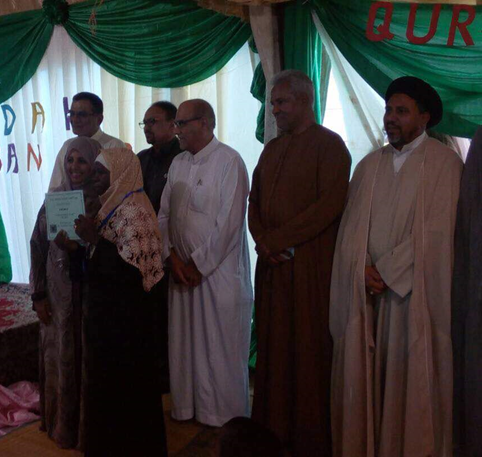 A Hajj ticket was presented to a long serving teacher and Assistant academic head of the school, Mrs. Fatma Twalib, donated by Alhaj Anwarali Dharamsi, President of World Federation and Alhaj Mohamedbhai Jaffer of Hajj Caravan.

Chairman of Africa Federation, Alhaj Shabir bhai Najafi, expressed his pleasure on the ability of these young children and announced that the 2 best students of the school will be sponsored by AFED for Secondary Education.

We would like to commend Bilal Comprehensive School for holding such an inspiring and exciting program, which was indeed very successful.

Below are some photographs of the program. 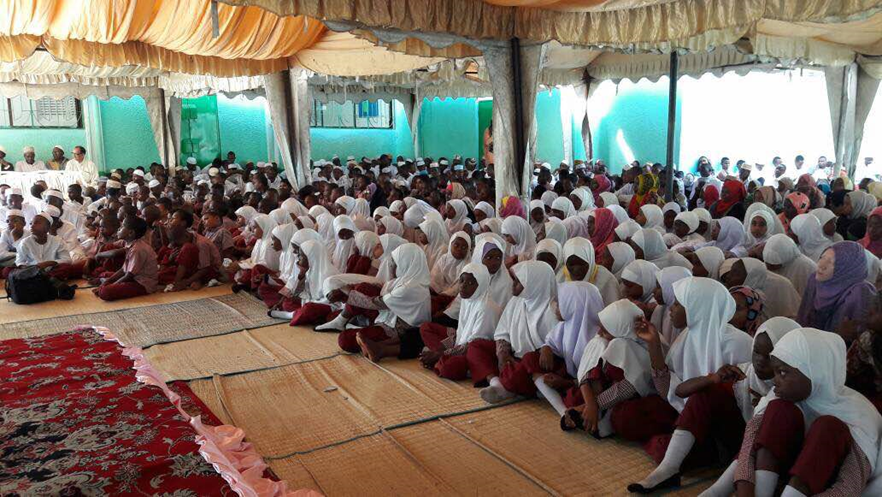 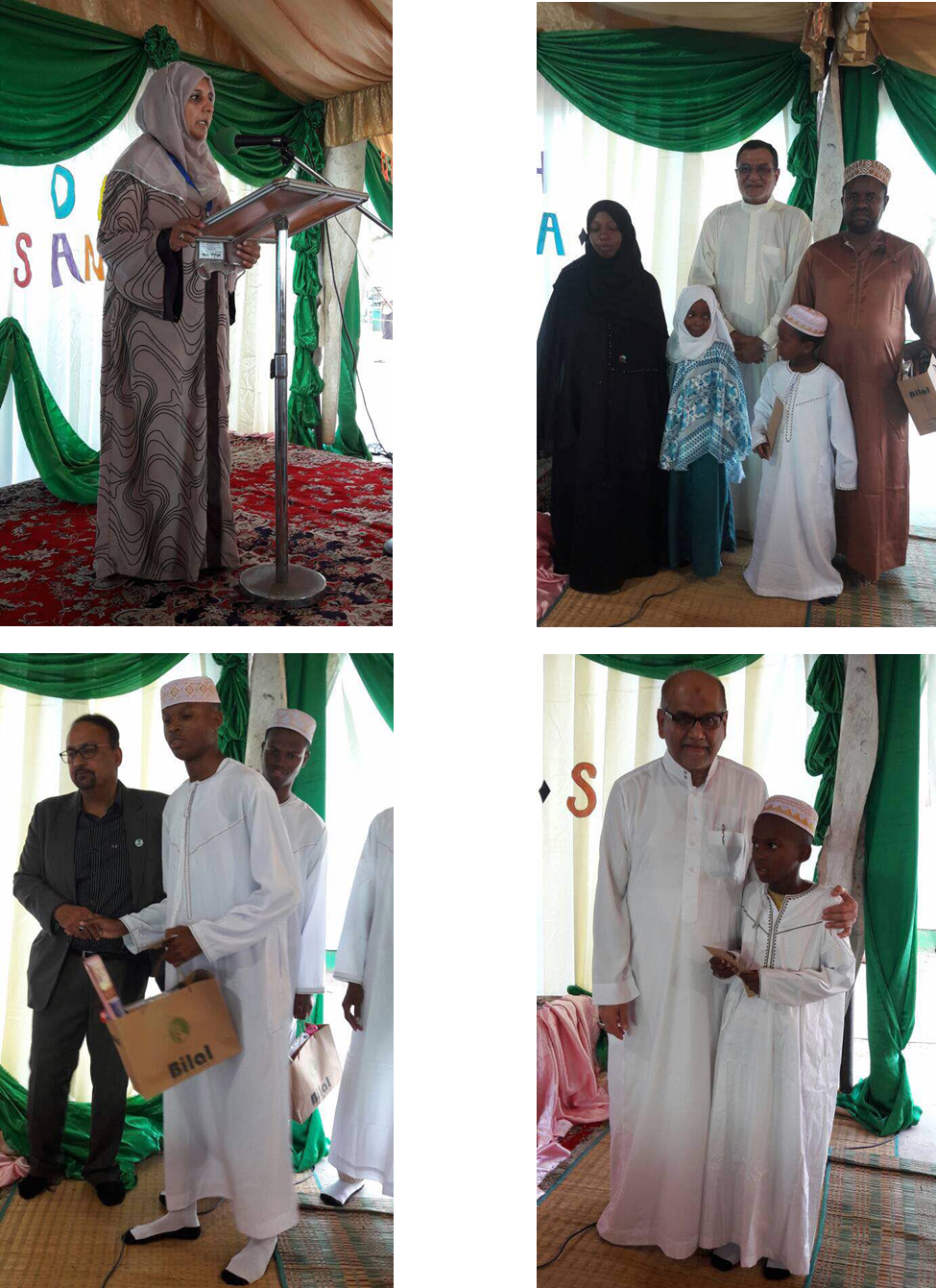